Yes, I know
How to change the extension of many files at once

My wife wanted to create a photo-book using a popular web site. Unfortunatelly, the .JPE files produced by our camera were rejected. We had to change their extension to .JPG for the web site to process them. Annoying waste of time ? Not that much if you know the prename command ! 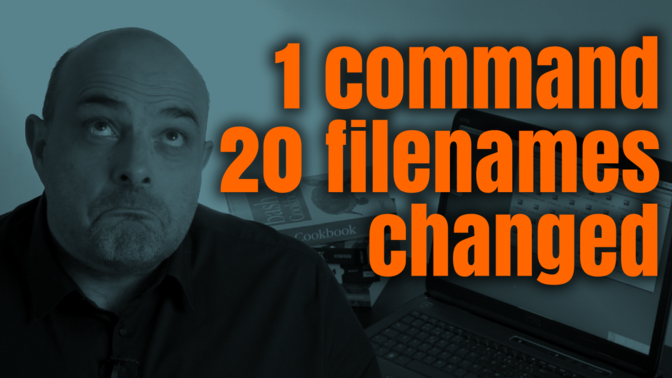 Debian Strech (2016) deprecated the use of prename in favor of rename. This is the exact same command but with a different name.

The prename name was choosen to distinguish between the rename Perl script and the Linux Kernel utility of the same name. That later is now known as rename.ul.

Confusing ? Still not sure which version of rename is already installed on your computer ? As a simple trick, if in the very first line of the man rename page you see "Perl", this is the command described in this video. Otherwise, you probably have the Linux Kernel rename utility (which of course uses a totally different syntax ;)

What if prename is not available on my system?

First, use your package manager to check if prename is available in your distribution. Some distributions have a dedicated prename package. Others install it as part of the Perl package.

This video is clearly aimed toward new shell users. The video was designed on a Linux system and using the Bash shell. But the features demonstrated here are generic enough to work with other shells and/or other Unix-like OS (*BSD, MacOSX, …​).

What are the requirements?