Yes, I know
How to use Sed substitutions—from basic to advanced

If you can go beyond the most basic use cases, the sed substitution command will give you a tremendous amount of power to process and transform your text files. 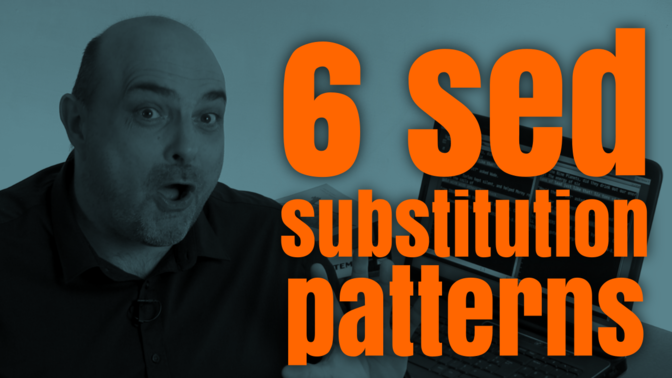 In this video, you will see 6 examples of sed substitution commands, from the most basic use case to some more advanced features like capturing groups and back-references.

The link above will allow you to download a gzipped tar archive of the files used in the video. To extract the content of that archive on your system, you can use the command:

In addition, as a reminder, you might want to take a look at my Sed Cheatsheet which summarizes the core sed commands and syntaxes.

This video is clearly aimed toward new shell users. The video was designed on a Linux system and using the Bash shell. But the features demonstrated here are generic enough to work with other shells and/or other Unix-like OS (*BSD, MacOSX, …​).

Please notice I use extended regular expression in this video (the -E flag you will see in the sed commands used in this video). It shouldn’t be an issue, unless you running an Unix-like system released in the early 80s. And if you are running such an obsolete system, I really want to hear more about you!

The video introduces few regular expression patterns to show you how you can leverage them in your sed substitution commands:

In addition, I use a couple of very common quantifiers — which are used to search for repeating occurrence of the preceding pattern: