Yes, I know
How to Install Docker on Debian/Ubuntu/CentOS?

In this video, I show you how to install the latest version of Docker on Debian/Ubuntu/CentOS, straight from the project repository — and that, in a secure manner by checking first the remote repository key fingerprint! 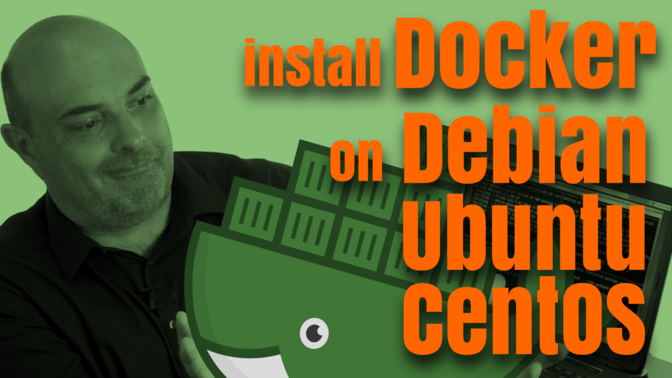 Docker is a popular container technology allowing you to run services and processes in isolation. I started recently to use docker more and more for testing and education purposes. It’s definitely a lightweight alternative to full-fledged virtual machines since I can spawn an Ubuntu or CentOS environment on my Debian system in a matter of seconds.

But since the Docker project is evolving rapidly, that means, unless you are using a rolling distribution, the Docker version available in your system repository is probably outdated. Way outdated…​

Pay special attention to the remote repository key verification part. This is really an important step of the process to ensure you are installing a genuine software on your system. In fact, even if you do not plan to install Docker, you should watch the video at least for that part: too many installation tutorials out there simply ignore that — whereas blindly installing a new trust anchor on your system is a major security flaw!

The link above will allow you to download a gzipped tar archive of the files used in the video. To extract the content of that archive on your system, you can use the command:

To install Docker the way it is explained here, you must have access to a working Linux system and being able to open a root session there.

On many systems today, that simply means being able to issue one of these commands:

I used the Bash shell on my system. But probably it should work the same with a different shell.